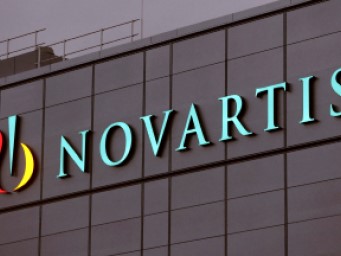 WASHINGTON: The U.S. Supreme Court on Thursday turned down Novartis' (NOVN.S) bid to block the launch of generic versions of the company's blockbuster multiple sclerosis drug Gilenya in a dispute with China's HEC Pharm Co Ltd (1558.HK) and other generic drugmakers.

Novartis had asked the justices to suspend a lower court's ruling that lifted a ban on generic versions of Gilenya, the Switzerland-based company's third highest-selling drug last year with $2.8 billion in sales.

Novartis sued HEC and more than a dozen other generic drugmakers, accusing them of patent infringement, in Delaware federal court after they applied for U.S. Food and Drug Administration (FDA) approval of Gilenya generics.

The FDA in 2010 approved Gilenya, a once-daily pill used to treat relapsing forms of multiple sclerosis, a chronic disease that affects the central nervous system. Novartis said in September that it expects to lose $300 million in sales for the rest of 2022 if the Gilenya generics are launched.

The patent-focused U.S. Court of Appeals for the Federal Circuit ruled in June that a key Novartis patent for Gilenya was invalid. U.S. Chief Justice John Roberts, granting a request by Novartis on Sept. 29, temporarily prevented the Federal Circuit from issuing a mandate as planned on Oct. 4 to lift a federal judge's injunction that blocked generic versions of Gilenya based on the Novartis patent claims.

Roberts acted after Novartis said that green-lighting the generics would hurt the company in "ways that could be impossible to calculate at an after-the-fact damages trial" and that it was likely to win a Supreme Court appeal of the underlying case.

HEC told the Supreme Court that Novartis makes $3.8 million per day from Gilenya sales in the United States alone.

"If Novartis does not prevail in this Court, it will improperly extract $3.8 million from payors and patients every day its requested stay remains in effect," HEC said. "And not one penny of those improper monopoly revenues will be recoverable from Novartis by anyone."

A spokesperson for Novartis said the company will "continue to vigorously defend the validity of the Gilenya patent" and plans to petition the high court to review the Federal Circuit's decision.