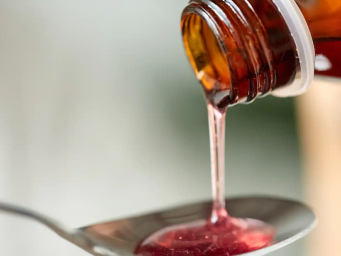 To prevent the misuse of codeine-based medicines in India, the Central government is planning to ban select preparations, News18.com learnt.

Codeine is an opioid-based analgesic, mainly used to treat coughing, pain, and diarrhoea, and it is one of the natural plant alkaloids found in extracts of opium. However, these medicines have become one of the substances for drug abuse, and these medicines, syrups are used for recreational purposes.

In the latest bid to find a solution, the government has decided to put a ban on the three different preparations of codeine – codeine with chlorpheniramine, codeine with chlorpheniramine along with menthol, and pholcodine along with promethazine. These categories include a variety of syrups including Tossex, Ascoril C, Codistar, Planokuf, and Tedykoff.

On July 20, News18 had first reported that the government is reviewing the policy to ban the manufacturing and sale of codeine-based cough syrups after several parliamentarians raised concerns that they are being used as narcotic drugs than as a medicine.

Based on the request by several politicians to health minister Mansukh Mandaviya to ban cough syrups, the health ministry had asked the Drug Controller General of India (DCGI) in March to “conduct a review and submit a recommendation”. The government’s internal findings suggest that the states where the consumption of these preparations is high include Uttar Pradesh, Gujarat, Madhya Pradesh, West Bengal, and Karnataka.

“The ministry is now debating on how to phase out other preparations made from codeine. For instance: the combination of codeine with triprolidine is also beneficial for TB and cancer patients,” the official said.

However, the same combination – of codeine with triprolidine — is also used for manufacturing popular cough syrup brands including the top-selling Abbott’s Phensydyl and Pfizer’s Corex T which are abused and used for recreational purposes.

“The government may decide to phase out other combinations slowly, but steadily. We are considering the option of reducing the quota of supply of codeine to the pharma company by 20% every year,” the official said, while adding that the discussions are still at a “nascent stage.” (Source: News 18)