Who Can Take India's Upcoming Cervical Cancer Vaccine, at What Gap And at What Expected Price 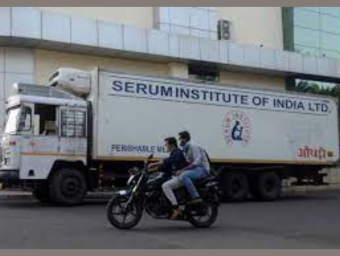 For the first time, India is going to have its own vaccine to prevent cervical cancer which ranks as the second most frequent cancer among women in the country.

The announcement came on Tuesday evening when the chief of India’s largest vaccine manufacturing company, SII’s Adar Poonawalla, said the vaccine is going to be “both" – accessible and affordable. Reacting to the tweet, Soumya Swaminathan, chief scientist at the World Health Organization, wrote that it was “good news”.

Serum Institute of India’s (SII) Cervavac — a quadrivalent human papillomavirus (qHPV) vaccine — is expected to cost low and, hence, will be more affordable for Indian households as the available options manufactured by foreign drug makers are much more expensive.

“The cost of HPV’s regimen is expected to come down to at least half as India’s very own vaccine product gears up to enter the market,” said a government official privy to the development and approval of the vaccine. “The product was expected to hit the shelves by November, this year. However, as per our latest discussions, it seems that maybe by September it can be rolled out.”

Experts told News18.com that presently a person is required to spend at least Rs 5,000 to Rs 8,000 for the complete regimen of HPV vaccines approved in India. There are two options available: Merck Sharp and Dohme’s Gardasil (qHPV vaccine) and GSK’s Cervarix (bivalent HPV vaccine).

Gardasil costs Rs 3,927 and Cervarix Rs 2,640 for one vial. The injection has to be given in two or three doses several months apart. If the dose regimen is not completed, a person will not be fully protected against HPV.

DEVELOPMENT OF INDIA’S OWN HPV VACCINE
Human papillomavirus (HPV) infection is now a well?established cause of cervical cancer and HPV types 16 and 18 are the most frequent and responsible for about 70% of all cervical cancer cases worldwide.

Cervavac is an indigenously developed quadrivalent prophylactic (preventive) HPV vaccine indicated in girls and boys 9 to 26 years of age.

It’s a VLP (virus-like particles) based vaccine, similar to the hepatitis B vaccine, and provides protection by generating antibodies against the HPV virus L1 protein. In India, SII’s vaccine trials were started in 2019 and more than 2,000 participants in the age group of 9?26 years were included in these tests across 12 sites, including the All India Institute of Medical Sciences, New Delhi, Christian Medical College, Vellore, and Tata Memorial Hospital and Cancer Research Institute in Maharashtra.

“Phase III results show a robust immune response in 100% of the vaccine recipients with excellent safety records,” the official quoted above said.

Analysis of the reactogenicity and safety data of all 600 subjects was collected at seven months whereas long-term follow-up data was obtained till 36 months.

STATUS OF CERVICAL CANCER IN INDIA
About 5% of women in the general population are estimated to harbour cervical HPV infection at a given time, and 83.2% of invasive cervical cancers are attributed to HPVs (16 or 18).

According to data by WHO, fewer than 1 in 10 women have been screened for cervical cancer in the last 5 years. In 2019, more than 45,000 women died due to this form of cancer.

According to the WHO’s cervical cancer elimination strategy targets for 2030, 90% of girls should be fully immunised with the HPV vaccine by the age of 15.

Also, 70% of women should be screened with a high-performance test by 35 years of age and again by 45 years of age. It also states that 90% of women identified with the cervical disease receive treatment.

The data also shows that India lacks the infrastructure to handle such patients. For instance, it shows that in 2019, radiation oncologists per 10,000 cancer patients stood at only 3.

“The new vaccine by an Indian manufacturer will go a long way in bringing down the cervical cancer burden in India,” said Dr Shweta Goswami, gynaecologist and director of IVF chain Zeeva Fertility. “Because it is affordable, it will increase the coverage and it is very much likely that the vaccine will be included in the national immunisation programme.”