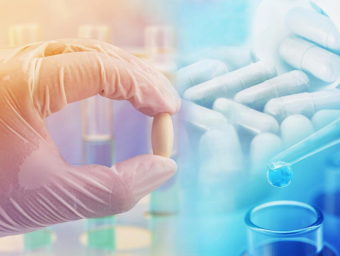 The recently-concluded India visit of Boris Johnson, the Prime Minister of the United Kingdom, saw Indian drug makers and healthcare providers queuing up to explore greater opportunities in the UK.

Among the prominent ones was generic player Accord Healthcare, an arm of Ahmedabad-based Intas Pharmaceuticals Limited, which is planning expansions in the UK. Binish Chudgar, Vice Chairman & Managing Director of Accord Healthcare, met the UK Prime Minister and briefed him about the expansion plans, Intas Pharmaceuticals had informed in a social media post on LinkedIn.

From the healthcare service providers, the representatives of Ahmedabad's Kusum Dhirajlal Hospital a multispeciality charitable hospital along with the British multinational medical equipment maker, Smith & Nephew Plc, met Johnson in Ahmedabad to showcase the hospital's capabilities of robotic surgeries and held discussions on the possible future technological tie-ups.

Other investments
Separately, an investment announcement came from Mumbai-based Jupiter Lifeline Hospitals Limited to set up a state-of-the-art neuro rehabilitation centre with 100 inpatient beds in the UK for patients with stroke, traumatic brain injury and neurological disorders among others.

It will create over 500 jobs in the UK, as Ankit Thakker, Executive Director & CEO, Jupiter Hospitals stated. "We look forward to working closely with the UK's National Health Service (NHS) to make this accessible to the entire community, and not just restrict it for the elites," Thakker said.

Notably, there was the commitment of over £1 billion of new investments and export deals, while it wasn't exactly clear how much was attributable to healthcare and pharma, some prominent ones included Gogji MedTech Startup's investment of £10 million to expand in the UK, creating 100 high-quality jobs, Brinton Pharmaceuticals has committed to set up a global research and development hub in the UK with an investment of £30 million, creating around 300 jobs.

Microlabs, an Indian pharmaceuticals company has committed an investment of £10 million to expand in the UK, besides Qure AI Technologies's investment of £6 million.