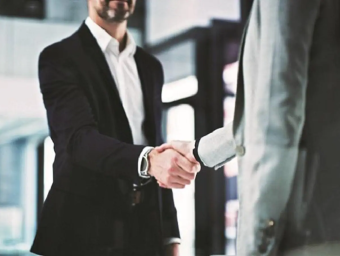 World's leading blue pigment maker, Asahi Songwon acquired 78 per cent in Atlas Life Sciences for an all-cash deal of ?48 crore, taking the control of the company's land assets, intellectual property and manufacturing facility near Ahmedabad. Asahi Songwon will acquire the remaining 22 per cent stake in two tranches of 11 per cent each over the next two financial years till 2025.

Atlas Life Sciences enjoys a dominant market position for pregabalin API, an anticonvulsant drug, which was originally a Pfizer patent, but went off-patent in 2019. The company has manufacturing capacity of 25 tonnes per month with 90 per cent of its supplies going to domestic pharma buyers. Besides Pregabalin, company's portfolio include R-Compound, Phenylephrine HCL, Gliclazide, Amisulpride and Levosulpiride. Set up in 2004, Atlas Life Sciences had reported ?109.28 crore turnover for FY21, with EBITDA of ?7 crore and profit after tax of ?4.34 crore.

"The objective to get into the pharmaceuticals business is to bring value to our shareholders, capitalise on the present China+1 approach of the Indian manufacturers and government push for local manufacturing of the pharmaceuticals raw materials. We see a good synergy between our existing chemicals business and the API vertical," said Gokul Jaykrishna, CEO and Joint MD, Asahi Songwon Colors Limited.

The financial numbers from the newly-acquired business will start getting reflected on Asahi Songwon Group's consolidated numbers from the first quarter of current fiscal. Also, Asahi Songwon plans to set up a new plant at Chhatral near Ahmedabad. This, according to Jaykrishna, will provide a backward integration of the existing products and introduce newer high-value products.

The acquired assets include a fully-operational WHO GMP certified manufacturing facility in Odhav, Ahmedabad, a state-of-the-art R&D facility, a corporate office, and a 15,000-square-meter land parcel in Chhatral with EC permission for 32 products, for future expansion activities.

Commenting on the future product line, Arjun Jaykrishna, Executive Director, Asahi Songwon, informed that the company is developing several new molecules and plans to introduce one molecule in the next one year. "This new molecule will be in the area of diabetes management," said Arjun Jaykrishna.

"We will look for an EU accreditation next, which will give us access to several global regulated markets," said Jaykrishna.

The company expects to double the existing turnover with EBITDA growing from the current about ?8 crore to about ?16-17 crore in next one year.

"From a business perspective, Asahi is now well positioned for growth, with the existing pigments business acting as a free cash generator, which will be aided further by the scaling up of the Azo business at Dahej in the quarters to come," added Arjun Jaykrishna.