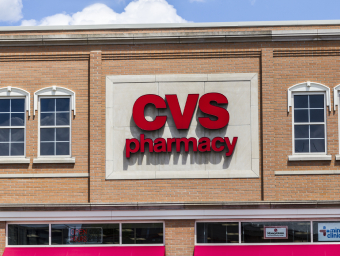 A federal jury on Tuesday found that pharmacy chain operators CVS Health Corp (CVS.N), Walgreens Boots Alliance Inc (WBA.O) and Walmart Inc (WMT.N) helped fuel an opioid epidemic in two Ohio counties, in the first trial the companies have faced over the U.S. drug crisis. Jurors in Cleveland federal court after six days of deliberations concluded that actions by the pharmacy chains helped create a public nuisance that resulted in an oversupply of addictive pain pills and the diversion of those opioids to the black market.

Mark Lanier, a lawyer for Ohio's Lake and Trumbull counties, called the verdict a "landmark decision" that paved the way for them to each seek more than $1 billion from the companies to help address the deadly epidemic's toll in their communities.

U.S. District Judge Dan Polster will decide how much the companies owe to abate the epidemic in the counties and is expected to hold a trial on that question in April or May.

The verdict bolstered efforts by state and local governments to negotiate settlements resolving thousands of other cases against the pharmacy chains. Joe Rice, a lead lawyer for the plaintiffs, said he looked forward to discussing potential settlements. "You can be sure the message from this jury is going to be talked about in the boardrooms of every corporation involved in the pharmaceutical chain that's involved in this litigation," he said.

Stock prices for the companies briefly fell after the verdict but quickly rebounded and closed up less than 1%. CVS, Walgreens and Walmart said they would appeal the verdict, arguing it ran contrary to the facts and that it misapplied public nuisance law to hold them liable under a novel legal theory that courts in California and Oklahoma have recently rejected in similar cases against drugmakers.

"We will appeal this flawed verdict, which is a reflection of a trial that was engineered to favor the plaintiffs' attorneys and was riddled with remarkable legal and factual mistakes," Walmart said.

U.S. officials have said that by 2019, the health crisis led to nearly 500,000 opioid overdose deaths over two decades.

Over 100,000 people died from drug overdoses during the 12-month period ending April 2021, the U.S. Centers for Disease Control and Prevention said in a report last week, a record driven in large part by deaths from opioids like fentanyl.

More than 3,300 opioid lawsuits have been filed nationally against drug manufacturers, distributors and pharmacies, culminating with many of the companies - though not the pharmacies - agreeing to proposed global settlements.

The three largest U.S. distributors that supply pharmacies and hospitals - McKesson Corp (MCK.N), Cardinal Health Inc (CAH.N) and AmerisourceBergen Corp (ABC.N) - and drugmaker Johnson & Johnson (JNJ.N) in July proposed paying up to $26 billion to settle most of the lawsuits against them.

A bankruptcy judge in September approved a settlement by OxyContin maker Purdue Pharma LP and its wealthy Sackler family owners that the company values at more than $10 billion.

The pharmacies, however, went to trial despite the urging of the judge to settle.

At trial, lawyers for Lake and Trumbull counties argued that the pharmacies failed to ensure opioid prescriptions were valid and allowed excessive quantities of addictive pain pills to flood their communities.

The pharmacy operators denied the allegations. They said they took steps to guard against diversion of pills and blamed others, including doctors, regulators and drug traffickers, for the epidemic.

The verdict followed recent setbacks for plaintiffs pursuing some of the other opioid cases nationally.

Oklahoma's top court on Nov. 9 overturned a $465 million judgment against J&J, and a California judge this month ruled in favor of four drugmakers in a case brought by several large counties.

Other trials are underway in New York involving drugmakers Teva Pharmaceutical Industries Ltd (TEVA.TA) and AbbVie Inc (ABBV.N), and in Washington state with the three distributors.