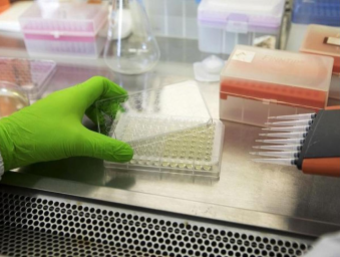 The leading names of the Indian pharmaceutical industry said that the target of touching a $130 billion size for the Indian drug industry by 2030 would not be possible without focus on innovation. India is a leading player globally when it comes to generic or copy cat drugs, but has failed to move up in the value chain when it comes to innovative drugs.

Speaking at the Global Innovation Summit 2021, Dilip Shanghvi, managing director of Sun Pharmaceuticals, the largest domestic drug maker by market share, said that they expect to touch a turnover of $1.5 billion from innovative products in the next three to four years. “Because of the investments that we have made in the past, our innovative products business is growing three times faster than the generics and branded generics business. Hopefully, in the next three to four years we can look at this business crossing $1.5 billion,” he said.

Similarly, Nilesh Gupta, MD of Lupin claimed that they expect to draw 20 per cent of their turnover from innovative products. “The innovation story should be 20 per cent of our total revenues. I think it’s going to take a good ten years to get there but that is the intention,” he said.

If India wants to be relevant in the pharma space, we have to be innovative, Gupta quipped. Pankaj Patel, chairman of Cadila Healthcare agreed, saying, “As a generic industry we have reached here, can we grow from here? Without innovation we cannot.” India roughly accounts for 30 per cent of the global generic drugs market. Patel added that without innovation the Indian industry cannot aspire to touch $130 billion turnover by 2030.

India’s big pharma has already begun focusing on developing new products in the laboratory. Satish Reddy, chairman of Dr Reddy’s Laboratories (DRL) pointed out that they have 13 products in the clinic.

Reddy felt that new technologies will play a major role to determine the way forward.

The industry, however, was unanimous that the initial impetus for creating an ecosystem for innovation would come from the government. Glenn Saldanha, MD, Glenmark Pharmaceuticals said, “Initial impetus of formation of hubs (for innovation) comes from the government. The US is in a league of its own when it comes to innovation. For the rest of the world, impetus from the world is important,” Saldanha said. At the same time, the industry feels that regulatory clearances and process need to speed up here. Patel pointed out that in case of the Covid19 vaccine, the US majors went to clinic very fast. “Can we imagine that kind of speed here? Can one regulator give me all the necessary approvals? All these areas are still very open and we lose time. In innovation one has a limited patent life, and if one loses time then there is very little time to reap the rewards,” Patel reasoned.

Christopher Viehbacher, founding partner Gurnet Point Capital and former CEO of Sanofi pointed out that so far no Indian vaccine has every been approved outside of India. “There is a need to have a global standard regulator,” Viehbacher said. Attracting the right kind of talent is a key area, and the industry felt that despite having half a million STEM graduates (Science, Technology, Engineering and Mathematics) novel research has been on a slow lane. However, when this talent goes and works in other countries, there is no dearth of research.

Patel said that while companies try to bring talent from overseas back to India, it is still limited. What one needs is to have a national level policy, or some kind of incentive to bring talent back. “For example, if a person of Indian origin comes back to the country for research etc, he or she does not need to pay income taxes for a certain number of years,” Patel suggested. Some others in the industry like Samina Hamied, executive vice chairperson of Cipla said that putting up shops where the talent is very important. “One thing Covid19 taught us is that talent can work from anywhere,” she said.