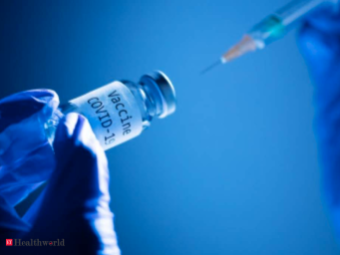 Zients said the government was preparing to offer makers of the mRNA vaccines substantial help to expand infrastructure and capacity, including facilities, equipment, staff or training.

Pfizer/BioNTech and Moderna are the only makers of mRNA vaccines, though Zients said subcontractors of those companies would also be included.

Production will start in the second half of 2022, he said.

The investment in vaccine production is part of a private-public partnership to address vaccine needs at home and around the world and to prepare for future pandemics, he said. It will be paid for with funds from the American Rescue Plan Biden signed into law in March.

In the short term, the program would make a significant amount of COVID-19 vaccine doses available at cost for global use. In the long term, it would help establish sustained domestic manufacturing capacity to rapidly produce vaccines for future threats, Zients said. Zients said 80% of Americans 12 and older have received at least one COVID-19 vaccine dose, highlighting a milestone in efforts to curb the spread of the deadly virus.

He also said 2.6 million kids aged 5-11 will have received their first shot of the COVID-19 vaccine by the end of Wednesday. Reporting by Jeff Mason and Alexandra Alper, Additional reporting by Doina Chiacu and Ahmed Aboulenein; Editing by Chizu Nomiyama, Bernadette Baum and David Gregorio.