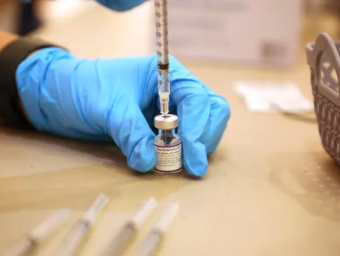 The U.S. Food and Drug Administration is planning to allow Americans to get a different booster shot of a COVID-19 vaccine than the one initially taken, the New York Times reported on Monday.

The FDA in September authorized a booster dose of Pfizer Inc (PFE.N) and partner BioNTech's two-shot COVID-19 vaccine for those aged 65 and older and some high-risk Americans.

The government would not recommend one shot over another, and it might note that using the same vaccine as a booster when possible is preferable, the NYT report said, citing people familiar with the agency's plans.

U.S. health officials have been under pressure to authorize the additional shots after the White House announced plans in August for a widespread booster campaign pending approvals from the FDA and the U.S. Centers for Disease Control and Prevention.

A study by the National Institutes of Health last week showed people who got Johnson & Johnson's COVID-19 vaccine as a first shot had a stronger immune response when boosted with vaccines from Pfizer and Moderna.