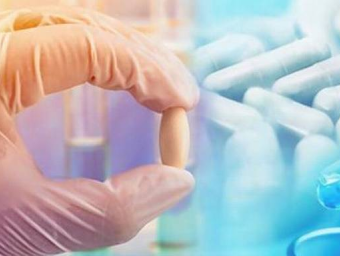 In what can be seen as an indication of the primacy of India’s pharma industry, 36 per cent of total market authorisation granted by the US Food and Drug Administration (USFDA) in 2020 was to drug makers from India.

“This accounts for 36 per cent of a total of 1,438 market authorisations granted by the USFDA in calendar 2020 and we can take it as a positive sign with potential to boost business growth and exports going forward,” R Uday Bhaskar, Director-General, Pharmaceutical Export Promotion Council (Pharmexcil), an arm of the Ministry of Commerce, told BusinessLine.

“All market authorisations may not immediately translate into revenue and export growth. It depends on the timing of launch of the product. But this is a crucial step in taking India’s products to the US market,’’ he said.

The number of sites registered with the USFDA both for formulations as well as bulk drugs in India stands at 741 as of now. This has also been helping drug-makers have a smooth sail in obtaining ANDA approvals.

Pharma exports The higher number of market authorisations also contributed to growth of pharma exports last year. In FY21, pharma exports rose 18 per cent at $24.4 billion ($24,469 million), which was the highest in the last seven years. In FY20, pharmaceutical exports were at $20.7 billion.

Industry experts expect better performance in the current year in ANDA approvals. “As approval for an ANDA after filing takes about a year or so, those approved last year may not have included many Covid-related products. But this year, things may be better as research on Covid-19 related products and other therapeutic areas has been progressing well,” the Vice-President of a Hyderabad-based listed pharma company said.

There has been a ‘good pipeline’ of ANDAs with leading Indian players that might qualify First To File (FTF) status in market authorisations with exclusive rights for the first six months which would push up revenues, he added.

According to Industry estimates, oncology and immunology are expected to grow at a high rate of 9-12 per cent during the next five years while vaccines are likely to clock 15 per cent growth.

As of now, India is ranked 10th among the top ten formulations exporting countries and is the 11th largest market. It is expected to be ranked the ninth largest market by 2025.