How the US Global Covid Vaccine Sharing Plan Will Help Nations in Need, Including India 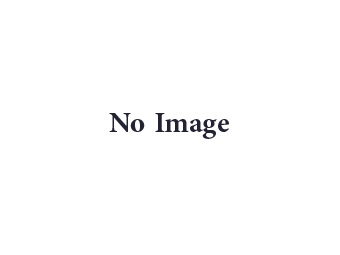 Several developing and under-developed nations would have breathed a sigh of relief after the US rolled out its much-awaited global Covid vaccine sharing plan. Back home, not only will it aid India’s fight against the pandemic but also add ammo in helping other needy countries.

Envoy to US, Taranjit Singh Sandhu, has said that India will be a “significant recipient" of US vaccines. US President Joe Biden on Wednesday announced that the US will allocate 75 per cent - nearly 1.9 crore of the first tranche of 2.5 crore doses - of unused Covid-19 vaccines from its stockpile through the UN-backed COVAX global vaccine sharing programme to countries in South and Southeast Asia as well as Africa.

The COVAX programme is led by the vaccine alliance GAVI, the World Health Organisation (WHO) and the Coalition for Epidemic Preparedness Innovations (CEPI) in partnership with UNICEF, vaccine manufacturers and the World Bank, among others. The aim is to ensure equitable distribution of COVID-19 vaccines globally in what is being called the largest vaccine procurement and supply operation in history.

The programme wants to vaccinate roughly 20 per cent of the population in the 92 Advance Market Commitment (AMC) countries, which include middle and lower-income nations that cannot afford to pay for Covid-19 vaccines. This means countries with a Gross National Income (GNI) per capita of less than US $4000 and some other countries which are eligible under the World Bank International Development Association (IDA).

As US provides vaccines, they will be bought by the COVAX facility, which will then try to provide the doses for an average of 20 per cent of each of the eligible country’s population free of cost. Out of its target of 2 billion vaccine doses, 1.3 billion doses will be delivered to the AMC countries.

COVAX has a variety of funding sources. It gets money from wealthy member countries making down payments to COVAX for future vaccine shipments. It also gets direct support from private organizations, including the Bill & Melinda Gates Foundation (which is a funder of this blog) as well as large international organizations such as UNICEF and the World Bank.

To fight the pandemic at home, the United States had given its own vaccine manufacturers priority access to American-made materials needed to make the shots.

As a result, the U.S. government laid claim not only to vast quantities of finished Covid-19 vaccines but also to vaccine components and equipment all along the supply chain, according to a Reuters review of more than a dozen contracts involving some major suppliers. That left some countries desperately in need of those supplies to scramble for substitutes, exacerbating international disparities in vaccine access, according to a report by Reuters.

The White House also announced that it is lifting restrictions on sharing vaccines produced by AstraZeneca, as well as Sanofi and Novavax, which are also not authorized in the U.S., allowing the companies to determine for themselves where to share their doses.

The long-awaited vaccine sharing plan comes as demand for shots in the U.S. has dropped significantly more than 63% of adults have received at least one dose and as global inequities in supply have become more glaring. Vice President Kamala Harris informed some U.S. partners they will begin receiving doses, in separate calls with Mexican President Andres Manuel Lpez Obrador, President Alejandro Giammattei of Guatemala, Indian Prime Minister Narendra Modi, and Prime Minister Keith Rowley of Trinidad and Tobago. Harris is to visit Guatemala and Mexico in the coming week. Scores of countries have requested doses from the United States, but to date only Mexico and Canada have received a combined 4.5 million doses.