Will Single-Dose Covishield Give Enough Protection Against Covid-19? India’s Central Govt Study To Find Out 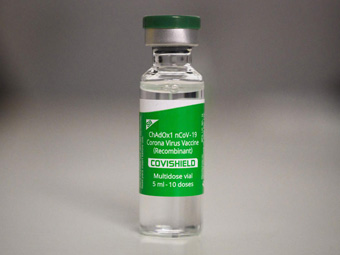 India will launch a study on whether a single dose of Covishield, the Oxford-AstraZeneca vaccine locally manufactured by Serum Institute of India (SII), will provide enough protection against the coronavirus disease (Covid-19), a government official told CNN-News18 on Monday.

The study on the efficacy of a single dose of Covishield is likely to begin in a month or so as part of what could be a new vaccination strategy, the official said.

“We are waiting for clearances from the National Ethics Committee (under the health ministry) …to begin studies on both — mix and match of two different vaccine doses as well as a single shot of Covishield,” the official said.

CNN-News18 has earlier reported that the government was deliberating research programmes on mix and match of two different vaccines for first and second shots. A new international research has suggested that a mix-and-match strategy involving the vaccines by Oxford-AstraZeneca and Pfizer-BioNTech produced a potent immune response among participants.

All the vaccines currently used in India — Covishield, Covaxin and Russia’s Sputnik V — are two-dose vaccines. A mix-and-match approach is not allowed.

The official CNN-News18 spoke to said an expert panel of the government was also likely to review the impact of its decision to expand the gap between two Covishield doses to 12-16 weeks in May. Earlier, the recommended interval was increased from four-six weeks to six-eight weeks in April.

The study, which will focus on the efficacy of a single-shot Covishield vaccine, will also explore the possibility of a booster dose — which could be given six months or 12 months after the first dose, depending on the data that the study would reveal.

“Other viral vector vaccines such as Janssen of Johnson and Johnson and Sputnik V have single-dose versions…this may work for Covishield too, as the AstraZeneca vaccine had initially started out as a single-dose formulation” the official said.

According to AstraZeneca, the primary analysis of Phase III clinical trials from the UK, Brazil and South Africa confirmed its vaccine was safe and effective at preventing Covid-19, “with no severe cases and no hospitalisations, more than 22 days after the first dose”.